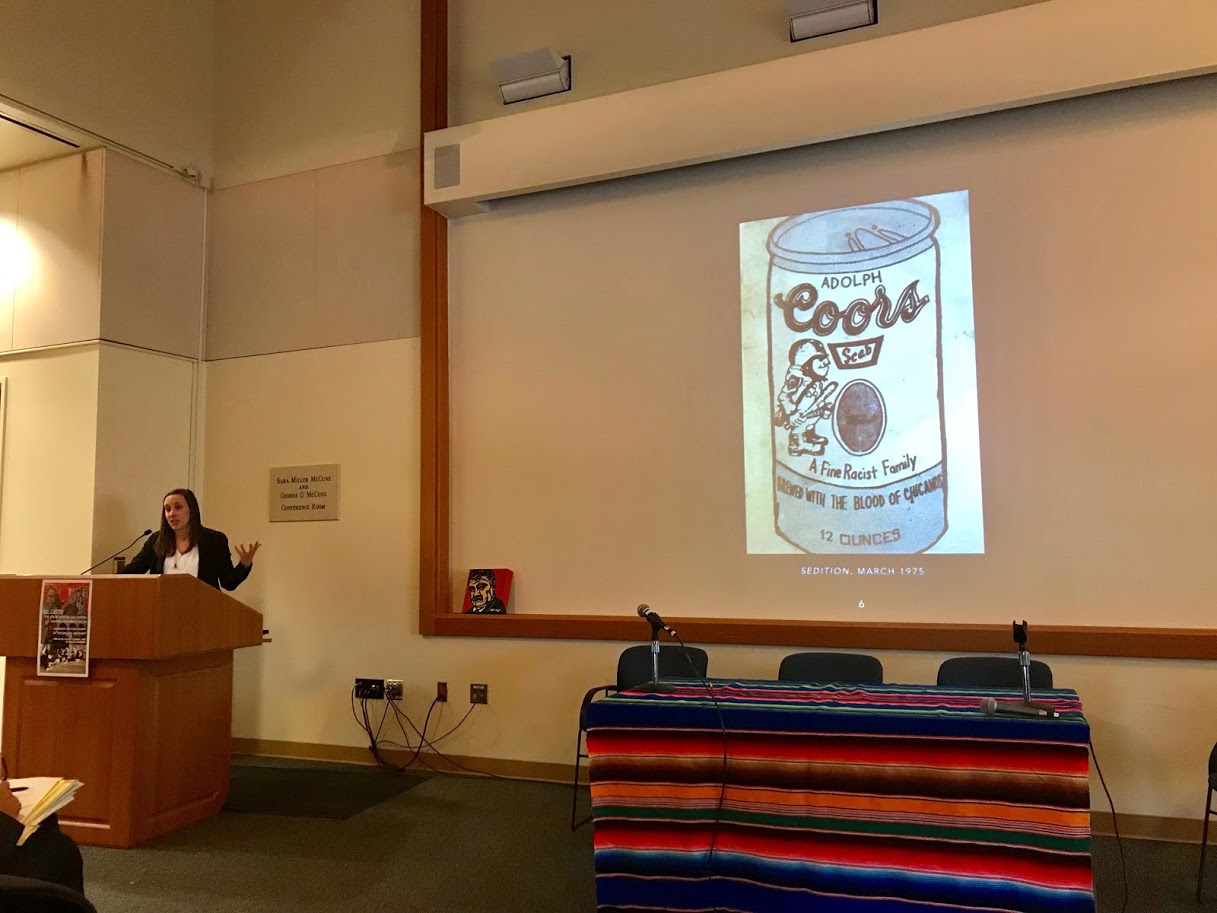 Allyson P. Brantley is an Assistant Professor of History & Director of Honors and Interdisciplinary Initiatives at the University of La Verne, in Southern California. She is also a recipient of a 2020-2021 Mellon Emerging Faculty Leaders Fellowship from the W.W. Foundation.

Brantley writes and teaches about consumer society and politics, Latinx and labor histories, the United States-Mexico borderlands, and the history of beer and brewing in the United States. She lives in Los Angeles and enjoys exploring the city, visiting museums, and hiking in its surrounding parks and forests.

Brantley is the author of Brewing a Boycott: How a Grassroots Coalition Fought Coors & Remade American Consumer Activism (available from University of North Carolina Press in spring 2021). Through research in organizational records, activist publications, and oral histories, Brantley positions the consumer campaign at the center of late 20th-century political culture and social movements. In this campaign, Latinx, labor, gay and lesbian, Black, feminist, environmentalist, indigenous, and student activists united in opposition to Coors – a product and company that, to them, symbolized the anti-union, anti-minority, and anti-women New Right. The Coors boycott became a means through which individuals made sense of and projected their own politics. Brantley argues that the act of non-consumption offered a platform for new alliances but also sparked tense debates over belonging, community, and corporate power, especially among Chicanxs, feminist, and gay and lesbian activists. At end, the boycott divided as much as it united. Additionally, her work highlights the boycott’s impact on the Coors Brewing Company and its conception of corporate social responsibility. Activists’ purchasing power and decisions influenced the terms by which the company came to discuss its corporate responsibility, philanthropy, and outreach efforts, which in turn set a model for other corporate leaders.

Brantley’s work has been published in the Washington Post’s Made by History, the Pacific Historical Review, and the Radical History Review.